• Mobile Compatible •
A growing number of writers have noted the interesting—and useful—congruence between Clausewitz's world-view and that of modern nonlinear mathematics and the science reflected in Complexity Theory. Because this way of approaching Clausewitz is so different from the traditional military and historical approach, The Clausewitz Homepage has created this separate section devoted to its pursuit. Many of the items linked are also part of the traditional section.

Thus, when Clausewitz speaks of war as a "total phenomenon," he is not talking about war in the abstract (ideal or absolute war), nor about war "in theory." He is talking about real war, war as we actually experience it, and he is describing just why it is that war is so dynamic, so unpredictable, so kaleidoscopic in its appearance. The visual metaphor provided in Clausewitz's discussion of his famous "trinity" in On War is a nearly exact analogy: Clausewitz is saying that theory must be, as war is, "like an object suspended among three sources of attraction." He is referring to the observed scientific fact that such a pendulum, once set swinging among three centers of attraction, behaves in a nonlinear manner: it never establishes a reliably repeating pattern. As it enters a phase of its arc in which it is more strongly affected by one force than the others, it gains a momentum which carries it on into zones where the other forces can begin to exert their powers more strongly. The actual path of the suspended object is never determined by one force alone but by the interaction between them, which is forever and unavoidably shifting. It is a classic demonstration of "deterministic chaos." The essence of this trinity lies not its components but in their dynamic interaction. Attempts to render the trinity graphically as a static triangle, pyramid, or even pair of pyramids miss this point entirely.

Christopher Bassford
"Clausewitz and His Works"

Click above to watch a video of Clausewitz's powerful visual metaphor. 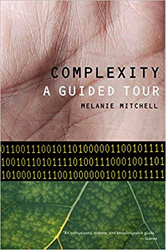 Melanie Mitchell, Complexity: A Guided Tour (New York: Oxford University Press, 2009). The best, most readable and up-to-date treatment we're aware of. See image and Amazon link at right. Mitchell is Davis Professor at the Santa Fe Institute and Professor of Computer Science at Portland State University. This book won the 2010 Phi Beta Kappa Science Book Award, was named by Amazon.com as one of the ten best science books of 2009, and was longlisted for the Royal Society's 2010 book prize. Her newest book is Artificial Intelligence: A Guide for Thinking Humans. 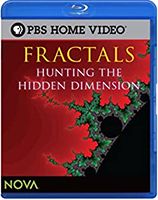 Clausewitz and Nonlinearity Bibliography — from ClausewitzStudies.org.

Mitchell M. Waldrop, Complexity: The Emerging Science At The Edge Of Order And Chaos (Simon & Schuster, 1992). Waldrop tells us the historical development of the birthing ground of Complexity science, the Santa Fe Institute. However, his main subject is complexity science itself and its implications. As one reviewer puts it, "He not only tells you what Complexity IS, but WHY you should care about it." As with James Gleick's Chaos, this is must reading for any 21st-century Clausewitzian wannabe. (See Alan D. Beyerchen's essay on the connection.) ISBN: 0671872346.

John Lewis Gaddis, The Landscape of History: How Historians Map the Past (New York: Oxford University Press, 2004).
Is history a science? Gaddis, perhaps the most prominent historian of the Cold War and often called the "dean of American diplomatic history"," answers these and other questions in this short, witty, searching look at the historian's craft. Historians combine the techniques of artists, geologists, paleontologists, and evolutionary biologists, paralleling in intriguing ways the "new sciences" of chaos and complexity, but not the social sciences, where the pursuit of independent variables functioning within static systems seems divorced from the world as we know it. ISBN: 0195171578.

James Gleick, Chaos: Making a New Science (New York: Viking, 1987/2008). In the 20th-anniversary edition of this now-classic work, Gleick, formerly a science writer for the New York Times, depicts the beginnings of Chaos theory, which draws on the seemingly random patterns that characterize many natural phenomena. It explains the thought processes and investigative techniques of Chaos scientists, illustrating concepts like Julia sets, Lorenz attractors, and the Mandelbrot Set with  sketches, photographs, and wonderful descriptive prose. This highly readable international best-seller is must-reading for any Clausewitzian. (See Alan D. Beyerchen's essay on the connection with Clausewitz.) ISBN: 0143113453.

Cliodynamics: The Journal of Theoretical and Mathematical History. The 2011 special issue, the journal's second edition, leads with an editorial, "An Inquiry Into History, Big History, and Metahistory," by SFI Faculty Chair David Krakauer, John Gaddis (Yale University), and Kenneth Pomeranz (UC Irvine). The authors define "history" as the study of written records, "big history" as all reconstructions of the past that do not rely on written materials, and "metahistory" as the "patterns that emerge from both modes of inquiry that make generalization, and hence analysis, possible." Cliodynamics' main URL is HERE.